A Young Country Fights Off a Plague

History repeats itself like a burp…or a pandemic. So one hardly needs to wonder if the Founding Fathers could have handled what we’re going through now because they have. In 1793 during the Yellow Fever scourge, the Continental Congress and the President, having just created a nation under unfathomable odds, took immediate and decisive action.They got the heck outta’ Dodge (i.e., Philly). The plague was killing off roughly ten percent of the 50,000 populace in what was then the largest city in America. The public largely sheltered at home with reports that the only sound on some days and nights was of horse carts carrying mounds of dead bodies to their final resting place.

I will spare you the gory details of how quickly and effectively the fever claimed its victims, but the curious among you will wish you too could mount a horse and follow Congress right out of town. No doubt, there was a note posted to the door of Independence Hall :“If you need us, we’ll be about 10 miles due north in Germantown. Love ya’, Bye! Congress!”

Still, others stayed behind and, face-to-face, fought the overwhelming odds against an unknown and deadly opponent. Dr. Benjamin Rush was one of them. Rush was the “Dr. McCoy” of the Revolution, One can almost imagine Washington calling him “Bones” and him replying “Great Scott George, I’m a doctor, not a politician.” Yet the good Doctor was a bonafide “Founder” having served as Surgeon General of the Continental Army, signed the Declaration and helped Pennsylvania ratify the Constitution in 1788.

Even though he was considered the “Top Doc” in America, many criticized his methods at the time and later in history, Nonetheless, Rush stuck it out and tried a variety of cures. Bleeding a patient was the medical “go-to” for many illnesses in the late 18th century.

“I have found bleeding to be useful, not only in cases where the pulse was full and quick but where it was slow and tense,” Rush wrote. “I have bled twice in many and in one acute case four times, with the happiest effect. I consider intrepidity in the use of the lancet, at present, to be necessary, as it is in the use of mercury and jalap, in this insidious and ferocious disease.”

He reportedly treated up to 100 patients per day, even contracting the disease himself (and treated himself through bleeding) but many still died under his care. Rush even acknowledged the failure of two treatments: sweats in vinegar-wrapped blankets accompanied by mercury rubs, and cold baths.

A hospital was set up and Rush called upon the assistance of the Free African Society led by black ministers and former slaves Absalom Jones and Richard Allen. Blacks, in Rush’s opinion, were not as susceptible to the disease as whites having had more exposure to malaria in southern and carribean climes. Black nurses aided the sick and Allen and Jones hired additional men to take away corpses, which most people would not touch. Since the disease was borne by mosquitoes, who are impartial in their tastes, blacks died at the same rate as whites, killing about 240 members of the Society.

Baltimore and New York put Philadelphia under quarantine, refusing any visitors and goods from the city although New York sent financial aid. Ultimately colder weather killed off the mosquitoes in October of 1793 and the fever “mysteriously” vanished, its cause not completely known until the late 19th century. Congress came back from Germantown and the business of a new nation resumed. Rush’s efforts to supply the people of Philadelphia with cleaner water and cleaner streets kept it from coming back.

Are there any medical lessons to be learned from this saga? Not really. The one take-away is that this country pulled together and persevered through dark and challenging times. That’s what great countries do. 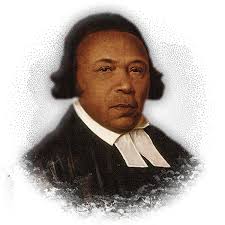 The post A Young Country Fights Off a Plague appeared first on Inside Towers.