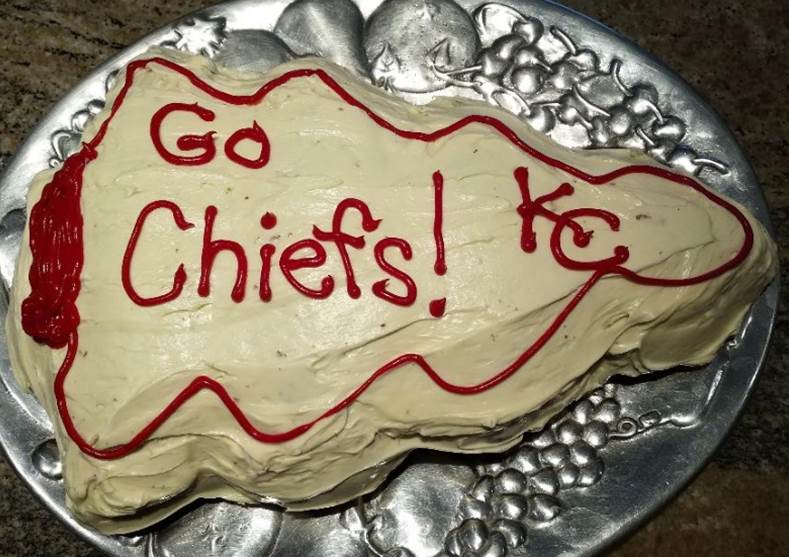 September greetings from Davidson, where we celebrated the defending champion Kansas City Chiefs season opener with a red velvet cake.  The only thing more delicious than the Editor’s homemade dessert was watching Tyreek Hill, Travis Kelce, Sammy Watkins and rookie Clyde Edwards-Helaire taste the sweet nectar of the end zone (those who listen to the local Chiefs feed will see this last sentence as a direct lift from Mitch Holthus, one of the Kansas City announcers).  More things returning to normal, and it can’t come soon enough.

This week, after some brief market commentary, we will catch up on the results of Auction 105 (CBRS) with some map help from our friends at JMA Wireless/ Moise Advisory.  While we are on the topic of alternative networks, we will expand on several 5G theses started last year.

While we do not have space to fully comment on the recently released Microsoft Duo, some good reviews from CNET and the Wall Street Journal are here and here.  They generally back up our initial comments on the device.

Tech meltdown!  Headlines blared some variation of these words this week as the inevitable happened – market enthusiasm was countered with profit taking.  While enthusiastic financial journalists combed the news feed for reasons  (lack of extra federal stimulus, election Blue Wave predictions, a weakening dollar, inflation fears, additional European regulation concerns), many of us applied some Midwest practicality:  Stocks that went up on light volume will likely correct as volume increases (or, as the week/week chart shows, the Fourth of July gains were neatly offset by Labor Day losses).  Simply put, profit taking kicked in and the selloff began.

As I said in a LinkedIn post this week, the Fab 5 created $1.59 trillion in value in 2019 and have created another $1.98 trillion in value in 2020.  Even if they mark time through the end of the year (or, God forbid, fall an additional 20% to equal last year’s gains), the world will not end as they will have created $3 trillion of equity value in 24 months.  Each of the Fab 5 shares have not seen these lows since – that’s right – August 11 (or, in the case of Google and Facebook, August 17-19).  An entire month of gains wiped out.  What’s a Robinhood trader to do?

Fortunately, we have the tortoise-like movement of the Telco Top 5, with the positive subplots of Verizon and Comcast recoveries (see here for an extra reason for NBC excitement – $900K per 30-second spot for the NFL opening night).  While we do not have time to analyze every market this week, it’s important to note that RootMetrics is beginning to release their RootScore Reports (metro rankings) for the second half of 2020.  With 22 rankings released in the past two weeks (18% of their total markets tested), there’s plenty to digest.  Bottom line:  Verizon was the overall RootScore winner in every single market with no ties.  These included some areas that AT&T historically has won (or at least tied) overall:  Allentown, Cleveland, Las Vegas, and Ogden.  Verizon even won Jacksonville, a T-Mobile stronghold.  Big Red’s mid-band spectrum shortage does not seem to be translating into poor metro performance – at least yet.

Market-by-market CBRS Auction 105 results:  Is more sharing in the works?

After the August 30 Sunday Brief, the overall winners were announced, and, to no one’s surprise, Verizon was the top bidder with $1.894 billion in license purchases across 157 counties (just over 3.5 licenses purchased per winning county – four was the maximum allowed).

The cable companies in total (Charter, Cox, Comcast, Cable One, Mediacom, and Midcontinent) bid a collective $1.185 billion for 2,902 licenses across 1,013 counties.  To put this into perspective, a consortium of cable companies paid $2.4 billion for 137 AWS licenses in a 2006 auction (sold to Verizon in 2011 for $3.6 billion and a great MVNO deal).

The big winner in the auction, however, was Dish (who bid as Wetterhorn Wireless), capturing 5,492 licenses across 3,128 counties for $913 million.  While that averages out to 18 MHz per county, it provides them with a nationwide footprint as the chart below from JMA/ Moise Advisory shows:

According to JMA, this footprint represents 97% of the total US counties covering over 88% of the total US population.  Combine this with Dish’s 800 MHz (LTE Band 26) spectrum (map here from Fierce Wireless and Allnet Insights) that they will receive from T-Mobile over the next several years and the addressable market starts to expand.  Before looking at Dish’s use cases, here are a few things to consider in the overall (CBRS) spectrum deployment picture:

A good use case for Dish would be UNC-Pembroke in Robeson County, NC (see nearby map).  Far from fiber-rich Raleigh and Charlotte, UNC-P has few ultra-fast broadband indoor and outdoor options to provide to their 8,262 students.  Starting with CBRS-enabled laptops (if not embedded, then with a USB-driven dongle like this one from Sercomm), private broadband coverage could be included to cover the entire grounds.  Safety and security could be improved with better cameras and replacement of costly “blue light” phones.  Cloud-based campus directories (with AI, e.g., the Behavioral Science class that currently meets on Monday, or last semester’s Biology class) could be available immediately as a separate “color” in both messaging and the dialer.  And building management (specifically energy) systems could be dramatically changed through the implementation of sensor-based systems (see one example here, from Siemens-owned Comfy).  These are applications that Dish might not have developed or promoted on their own but would enable for a managed services partner.

But the benefits continue far beyond the campus.  Dish could enable the tenants of the Pembroke Pointe Apartments near the university to have the same “on net” campus access without separate authentication.  Neighboring food establishments could easily take student meal cards without requiring separate equipment.  And off-campus food/ beverage establishments could establish rewards programs based on campus achievements or other real-time measurements.

Making wireless networks very local and private is not good news for T-Mobile, Verizon and AT&T.  They will continue to sell devices that primarily/ only use their specific LTE bands.  Private Networks are a logical extension for cable, who has no meaningful commercial wireless revenues today and is experiencing strong growth even through the economic downturn.  To the extent that networks are confined to a specific geographic area, PAL leasing should be attractive for both lessor and lessee.

What needs to develop with equal speed are CBRS-enabled smartphones.  LTE Band 48 is common among the super-smartphones, but, as we discussed last week, the Apple iPhone SE is the only sub-$400 device with a dual-SIM.  Samsung, Google, and LG need to step up to the plate (especially the next version of the Pixel “a” – very disappointed that the Pixel 4a, which is also made by a CBRS SAS and ESC provider, deselected Band 48 – an unbelievably short-sighted decision).

As we discuss below, while preference extends to up to 40 MHz per county for any individual winner, there’s another 80 MHz of Generally Available Access (GAA) that can use the same frequency.  This represents a terrific offload source for indoor or outdoor carrier traffic (particularly lower ARPU users who may experience faster speeds using GAA than staying in a deprioritized state on the carrier’s network.

While the cable companies bought nearly three licenses (29 MHz) of capacity on average in their awarded counties, in many of their rural areas there is a high likelihood that they will also be able to take advantage of the full 80 MHz of GAA for superior wireless broadband service to the hinterlands.  Importantly, South Dakota-based Midcontinent (as well as Charter) broadly trialed CBRS as an access extension and invested heavily in Priority Access Licenses.  They see opportunity to grow homes passed without costly line extensions.

These four points set the stage for a giant “sharing” experiment.  Priority access license spectrum, when not in use, is available for GAA – no squatting allowed.  Can carriers share, create differentiation, and save money?  That will require CBRS roaming agreements or some other commercial relationship.  For example, if Comcast puts up CBRS gear on poles in Chicago, will it lease capacity to Verizon (an irony given that Comcast is currently a Verizon MVNO)?  Would Dish lease excess CBRS capacity (or PALs) to Comcast or Verizon, perhaps for a better backhaul facility rate?

The end of any wireless auction results in months and years of deal making.  Why should Auction 105 be any different?

Some parting thoughts on 5G

There’ve been quite a few introspective articles on 5G over the last two months – two interesting ones are here and here.  As the Sunday Brief faithful will remember, one of the first returning columns last July was an article called “About This Thing Called 5G” in which we proffered the following definition:

Software can do a lot of things, like recognize faces and match them to a centralized database (in Hong Kong or at Gillette Stadium), or it can detect a heat variance on a specific machine in an assembly line and instantly detect that a part will wear out next week.  It can instantly analyze the driving history (and perhaps proxy sobriety levels based on duration spent at the pub) of each of the other drivers on the road within a mile of your vehicle and provide the safest route to the soccer tournament or back home.  How long will it take for corporations and families alike to grow comfortable with instant analysis?

The information enabled by low latency networks can quickly spot the weakest link in any process. With federated data (which creates the benchmark time and quality per task), instant comparisons are possible.  How do evaluation processes adapt to instant feedback (e.g., for new or tenured teachers, union or non-union factory workers, a normal workday vs. the day after the Super Bowl)?  Perhaps those who analyze the data do nothing with the information, but how do we modify the decision process to do what is best for the business?  Instant data should drive each company to reevaluate their decision support processes.  Preparing for a more rapid business environment is critical to creating competitive differentiation.

Ten years ago, I was asked to speak on one of the first Sunday Brief columns called “The Question Every Board and Shareholder Wants You to Answer” (the question was “What’s your Google strategy?”).  Every manager in attendance at this tech company understood the power of Google’s business model, but none could articulate how to “ride side car” with the Mountain View giant and generate accelerating market capitalization (Google has returned ~ 18% per year on average for the past 11 years or about 6.2x since September 2009).

Many companies are approaching 5G in the same manner today with an “I’ll know it when I see it” approach.  As an alternative, we would like to propose three questions to prepare for the Low Latency Revolution:

There are many more questions that accompany these three.  But the knock-on effects of “faster/better” are multi-faceted.  That’s what many of you (and we) are thinking about as 5G emerges as a business enabler.

On that deep note, we’ll put down the pen for this week’s Brief.  Next week, we’ll dive into 3Q earnings trends (spoiler alert: New T-Mobile is not missing a beat).  Until then, if you have friends who would like to be on the email distribution, please have them send an email to sundaybrief@gmail.com and we will include them on the list (or they can sign up directly through the new website).

The next session in our webinar series, ... END_OF_DOCUMENT_TOKEN_TO_BE_REPLACED

The Small Cell Bill A-1116 is scheduled ... END_OF_DOCUMENT_TOKEN_TO_BE_REPLACED

The next session in our webinar series, ... END_OF_DOCUMENT_TOKEN_TO_BE_REPLACED

The Small Cell Bill A-1116 is scheduled ... END_OF_DOCUMENT_TOKEN_TO_BE_REPLACED