Two mobile gaming trends and how operators can ‘play the game’

The global mobile gaming market is expected to reach $165.9 billion in 2020

Mobile games make up the majority of the gaming market, according to a study by DCI, which reported that 51% of global gaming revenue comes from mobile gaming, followed by console games (25%) and PC games (24%). Mobile gaming’s popularity is coupled with the fact that a number of key technologies are emerging that will enhance the player experience, making it a particularity hot market.

As mobile service providers become more invested and involved in gaming, there are a number of trends that could impact them. Below is a brief exploration of two of the most prominent trends, as well as a look at telecom operator strategies. 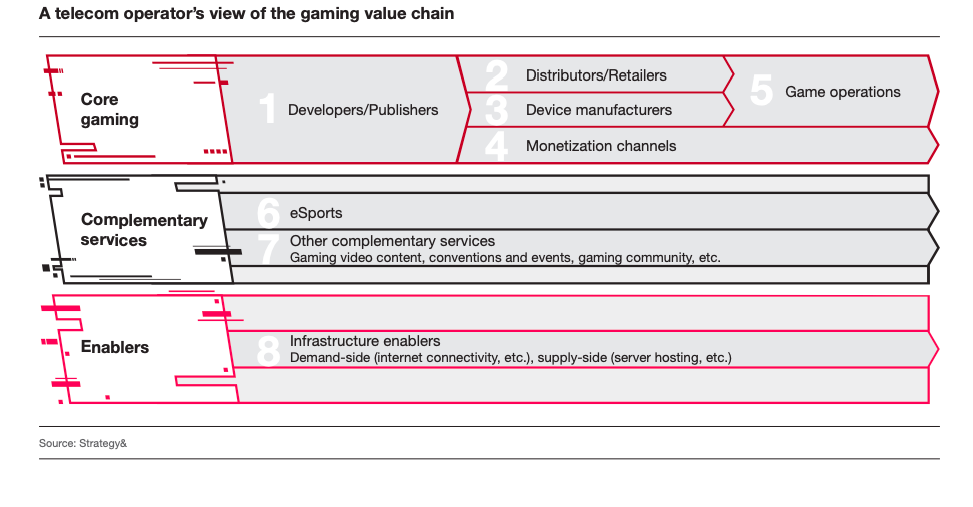 Cloud gaming frees the player from the confines of relying on a computer or console with powerful graphics hardware to play a game. Instead, a server runs a game and streams a video of the gameplay while the keyboard, mouse and controller input actions are sent over the network to the cloud gaming server. In order to achieve the best gameplay experience, low latency and high-speed connectivity are required.

When playing on the cloud gaming platform, gamers are accessing powerful servers, which stream games directly to a Windows PC, Mac or Android devices such as smartphones and tablets, eliminating the need to download the game or purchase expensive hardware. The platform relies on a decentralized edge-cloud concept to keep the distance between the server and the customer as short as possible.

5G not only promises to provide those things for cloud gaming, but it also will be able to handle the high data demands expected from gaming platform subscribers.

Joe Cumello, CMO at Ciena, spoke with RCR Wireless News about how telcos are getting involved: “It’s great to see that telcos are now looking to take advantage of the cloud gaming opportunity by launching their own services. Telcos have a distinct advantage in the cloud gaming space, as they can own both the service and underlying network infrastructure, which can help gamers receive a high-quality experience.”

What’s really important about this trend is that gamers, perhaps more than other categories of consumers, are willing to pay for an enhanced experience.

“Everyone is looking for the 5G killer use cases that users are willing to pay extra for,” Cisco’s Lead Global Systems Architect 5G Ron Malenfant said. “And gaming really is one of the [cases]where you have a massive amount of people, a whole lot of interest, and an ecosystem developing.”

He went on to say that in this space, you have people willing to pay for something that can’t truly be delivered without 5G.

In fact, a recent Ribbon Communication’s study revealed that 58% of gamers already pay a premium to their provider to enjoy the best gaming experience possible and a staggering 95% would pay more for this improved experience. The report also indicated that, on average, gamers spend about $84 a month on their current gaming experience, but 60% of respondents are willing to pay 50% more for a better experience.

Ribbon’s new CEO and President Bruce McClelland said that these results point to a $150 billion incremental opportunity in cloud gaming for carriers.

Last year, Newzoo took a deep dive into which smartphone applications on iOS and Android that include ARCore/ARKit in their descriptions, finding that on iOS, games make up 25% of AR app downloads, which made gaming the most popular AR category on the platform. The firm also found that gaming is the #1 AR app category on Google Play.

However, AR gaming still requires peripheral devices, or devices other than the screen that allow for user input. These devices are indeed becoming more prominent for mobile platforms, but they still remain somewhat limited.

As more complex and competitive titles, like the ones just acquired by Microsoft with its purchase of Bethesda Softworks, are added to the possible mobile line up, more precise input, or controller peripherals, and communication devices like headsets will likely see a spike in revenue from mobile peripherals. In the coming years, designs may become smaller or collapsible.

Apple has already added PS4 and Xbox controller compatibility to its devices, Microsoft is currently experimenting with Switch-like prototype Xbox controllers for phones and tablets and Razer launched a controller to support cloud gaming on mobile called Junglecat.

To give the AR trend a bit more context: Ericsson found that 48% of all consumers say they will use AR in the next five years across different media types, including gaming, and when it comes to those already using AR for games, 7 out of 10 think AR offers a totally new gaming experience.

According to a report conducted by Strategy&, telecom operators have five ways “to play the game.” There are four different ways to play along the value chain for core activities, and an additional way to play that focuses on launching eSports entities.

The first scenario in which an operator simply provides enhanced connectivity through infrastructure is simple and safe and would come into form of supplying improved data package offerings better quality of service. This is already proving to be a common way that operators are getting into market.

Operators can also create partnerships with leading gaming and cloud gaming companies, allowing customer to access exclusive game releases or in-game operator advertisements. Again, this is becoming a popular option. Examples include Vodafone teaming up with Ubitus to launch a 5G cloud gaming service in Italy and Etisalat working with Gamestream to offer cloud gaming services to its customers.

The next stage goes even deeper and involves establishing partnerships with game developers. According to Strategy&, hosting eSport tournaments and gaming conventions, as Verizon did in Dallas in 2015, falls into this category.

Perhaps the deepest level of them all is when the operator is developing and launching its own games and products. While most operators are not at this stage yet, and many may never get here, some already have, such as Indonesian provider Telkomsel, which launched Shellfire, an online battle arena and first-person shooter game. The operator used its own distribution network to promote the game.

The post Two mobile gaming trends and how operators can ‘play the game’ appeared first on RCR Wireless News.

The next session in our webinar series, ... END_OF_DOCUMENT_TOKEN_TO_BE_REPLACED

The Small Cell Bill A-1116 is scheduled ... END_OF_DOCUMENT_TOKEN_TO_BE_REPLACED

The next session in our webinar series, ... END_OF_DOCUMENT_TOKEN_TO_BE_REPLACED

The Small Cell Bill A-1116 is scheduled ... END_OF_DOCUMENT_TOKEN_TO_BE_REPLACED